Which and how core business consulting skills could be useful for new business development?
And are the business consultants people, who creatively associate network and experiment, or rather people who are extremely good and careful in linear-thinking?
According to Victor Cheng, who is considered as “McKinsey’s golden child” , rigorous linear-thinking makes a real business consultant. Scattering around creatively could make a good CEO, but not a good consultant says Victor.
So what’s so exciting in core business consulting skills and how you could learn them to develop your business?
One of the most comprehensive ways to embrace core business consulting skills at a glance is to join Victor’s Cheng case interview preparation programme. It’s a programme consisting of couple of hours of videos training, which aim is to prepare people to get a job in top management consulting.
The programme explores most popular business analysis tools and frameworks and teaches how to approach popular business situation cases.
By practicing it you can develop abilities of analyzing businesses and also preparing complex, competitive and feasible business plans. It’s a skillset which every entrepreneur should master.
By exploring Victor’s Cheng videos you’ll learn e.g.:
1)How to build a big picture and place your business in wider context
2)How to look and use the market data
3)How to make reasonable assumptions when there is no data
4)How to make estimations basing on these assumptions
5)How to build business hypotheses and then prove them right or wrong
6)How to use “the outliers” in the data, which are the numbers/facts which are especially good or especially bad
And what specific it means for entrepreneurs?
1)You’ll learn how to recognize the market trends and use them for your business modeling
2)You’ll know how to do market sizing, estimate how much you can grow and to explain the others why your business is worth investing
3)You’ll be able to plan the market entrance
4)You’ll know how to refer to baselines and do benchmarking to improve performance
5)You’ll know how to tackle profit decreases by analyzing revenue sources and costs of business
6)You’ll know what to do if you if you stuck at any stage of your business planning, and why of segmentation of markets and Client’s is so important to grow further
I must admit that I owe Victor Cheng a lot. I went through all his videos couple of years ago and. I made notes and get back to them regularly as I find them really working. If you prefer reading to watching you can alternatively use Case Interview Secrets also wrote by Victor, which foundation of business skill-set and provide great deal of brain-origami exercises.
Should you wish to explore and develop more business consulting mind effects, use the Wharton Consulting Club assets including their Casebook.
They say that Basic business consulting skills are just the beginning, as you get hired because of your analytical skills, you get promoted by the Client skills and you go to the top always by….sales! 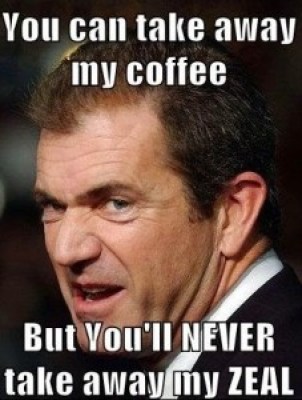 I bet that the phrase “business model” pops up in your life every day. But have you ever asked yourself a question what in fact a business model is? What differentiates a business model from organizational or financial one? In times called the era of business model generation it seems to be reasonably sound to have a clue what we refer to when talking about business models. Especially if you currently work on your own one.

I’d like to get your attention to academic and business approach in business models defining. I believe that both complement to each other resulting in great value to them, who are looking for it.
First “academic” approach comes from J. Hill, author of “Theory of Strategic Management”. He describes business models as mental model encompassing the totality of how company will:

By addressing these issues you should work out a concept how strategies your company purse should work together to achieve competitive advantage, superior profitability and profit growth.
Another “business” approach comes from A. Ostervalder and Y. Pigneur “Business Model Generation”, and bases on famous “business model canvas” you use to design your business model. What’s different in this approach is how you use it. Authors encourage to draw the “business model canvas” in form of a chart, think with group of people on business model canvas elements and pin the ideas generated to it with “post it notes”. It is quite novel concept, and there are companies, which use these canvas not only for creation of new businesses, but also for preparation of official business offerings.
You can find “business model canvas” here. It consist of the following elements:
Left side (focused on resources and costs):

– Key resources (every physical, financial, intellectual resources you need,
considering owning, leasing, subcontracting, or outsourcing them)
– Key activities (everything that engages customers and turns into profit)
– Key partnerships (everything that reduces your costs or gives you access to
resources you need)
– Costs structure (every fixed or variable expense that may occur)

Right side (focused on what you’ll deliver and profits):

– Customer segments (every customer type you are going to reach
remembering that mass market or market niches require different approaches
– Customer relationships (everything you will do to serve distinct customer
segments)
– Channels (every “customer touch points” are you going to use
– Revenue streams (every monetization mechanism, which will build your
business – “one-off deals”, licenses, subscriptions)

Centre (the most important part):

– Value proposition (what will led customers to do business with your
company,rather than with your competition)

Thinking about business model is pretty big thing. Sometimes it’s good to take a step back and ask oneself the question “why do you want to do this”. ?

As Simon Sinek points out, the answer to this makes the whole difference and has tremendous impact on everything what comes next.
Source: www. youtube.com

Whitehead once said that whole European philosophy is a series of footnotes to Plato. Having studied hundreds of books on contemporary management one may came to a conclusion that they consist of footnotes to Peter Drucker, and his intellectual output encapsulated in “Management” from 1970’s.

Drucker is not only father of remark that business has two, and only two basic functions: marketing and innovation, but also other essential principles on managing teams and delivering work in productive way, which is the first test of management’s competence.

It was Drucker who is said to invent society of organizations depending on managers, who in the first place set objectives, secondly organize, next motivate and communicate. Managers, says Drucker analyse, appraise and interpret performance. Finally they develop people, including themselves.

Drucker gives a lot of clues on how to make wise decision. Becoming part of top management you’ll constantly need to ask yourself the question “What is our business, and what is not?”.

Drucker says, that the right answer are the results of asking the right questions, and decisions are rarely choices between right and wrong. They are at best a choices between “almost right” and “probably wrong”.

Drucker describes illuminating decision making stories, incl. those when Sloan Jr said at one of GM top committees “Gentlemen I take we are all in complete agreement to the decisions here – then I propose we postpone further discussion on this matter until our next meeting, to give ourselves time to develop disagreement or perhaps gain some understanding of what the decision is all about”.

Drucker observed that top decisions are not made well by acclamations. They are made well only if they are based on the clash of conflicting views, dialogue between various point of view and choices between different judgments. Does in not reminding you what we call an “open innovation” approach today ?
Why else you should read Drucker ? You will learn from Management that the customer never buys a product, but by definition the customer buys the “satisfaction of a want”, and that the most productive innovations are products or services that create new potential of satisfaction.

Drucker will explain you that spirit of performance in a human organization is in fact an act of creation of energy, as company’s energy output is larger than the sum of efforts put in, and that the purpose of organization is to enable ordinary people to do extraordinary things.

In the end you’d like to set up great company, right?