As an investor supporting new businesses in return for profit, or entrepreneur focused on growing your business you might be interested in different aspects of today’s venture capital firms. According to one of studies, from mid-nineties of 20th century till today over 286 million of new ventures  were launched globally, and 19 thousand of them had been financed by venture capital firms. Even if the number of companies supported seems marginal, venture capital firms provided USD 59 billion versus USD 271 billion provided by the family, and friends (who act as angel investors here) for all those, who didn’t go for venture capital funding. So you see the number of investments made by venture capital firms is not even close to 0,001% of all new business investments made, but the volume of money invested by them goes for almost 22% of total volume of money invested in growth of new companies.
So what types of venture capital firms we can distinguish?Let me present you a US-based typology created by R. Hisrich – author of 40 books and 400 articles on entrepreneurship, and also serial entrepreneuer, who currently actively lead 8 companies. I supplement this typologywith European context,  whereever possible.
Private Venture Capital Firms –  these firms are usually focused on investments ranging from 1 to 10 million USD. As an entrepreneur you should be  interested in them when your company;initially financed by yourself, your family and friends, angel investors or crowdfunding ; achieves a breakeven point (the moment when your business starts generating positive cash flow, which is a surplus of revenues over expenditures).As an investor you might be interested in joining venture capital firms due to the positions they offer: general partners responsible for management of firm and limited partners, who provide capital for investments in return for profit. In US will find more on private venture capital firms at National Venture Capital Association gathering data from over 400 partners. To see the merits of becoming limited partner you can visit website of Launchpad Venture Group from Boston, which I recently met. See the portfolio of investments they nurture here. For Europe you can take a look on the article recently published by Forbes, and for countries look for national venture capital firms associations. In case of Poland you can visit Polish Private Equity and Venture Capital Association, which gathers almost 50 partners.
Regionally Oriented Venture Capital Firms – these are  private venture capital firms with regional, not nation-wide orientation. These firms usually have a better knowledge on local setting and do business in a well-defined area, e.g. a state. You can find examples of such US-based firms here.
Small-Business Investment Companies (SBIC) – these venture capital firms support investments ranging from0,4 to 1 million USD . As an entrepreneur you might be interested in them when you look for money smaller than private venture capital firms offer. There are approx. 500 small-business investment companies in US, which are usually interested in supporting companies from particular region. As entrepreneur you will find contacts to them within Small Business Investor Alliance. In US there is a pretty long tradition of supporting small-business investment companies by the state in spirit  of creating of national entrepreneurship ecosystem. If you are interested in becoming such a company visit the website of U.S. Small Business Administration.
Industry Sponsored Venture Capital Firms – type “A”. Venture capital firms can be run not only by private investors, but also by financial institutions. Almost every bank in the world has its venture capital division, but they don’t tell widely about it. You can read an excellent article on how Goldman Sachs became a tech-investing powerhouse  in article titled “Goldman is Ventureland”, Bloomberg Markets, September 2015. Be careful with indebting if you consider going for equity investment from your bank. In most  cases banks are obliged to implement a “firewall” not allowing them to invest in one entity at the same time both equity and debt instruments (e.g. a bank loan).

Industry Sponsored Venture Capital Firms – type “B”. Venture capital firms can be run not only by private investors, and financial institutions, but also by non-financial institutions. As internal entrepreneur working for a corporate you might be interested in setting such a firm for your company to boost the growth. Large companies often run their corporate venture capital firms to be close to development of their market and to sustain competitiveness of their business. For entrepreneurs, being funded by such a firm, comes with the advantage of getting access toenormous knowledge on industry they operate in, incl. market, trends, products, or competitors. In IT such a firm is run e.g. by IBM, in energy, or healthcare e.g. by Siemens, and for telecommunication you can check e.g. Deutsche Telekom, which for its operation in Central and Eastern Europe conducts its business from Cracow in Poland. The other thing which differs these form of VC firms from the others is that they don’t have to cash out under pressure. It means that business with them can be developed in more laid back manner, as a long term thing.

University Sponsored Venture Capital Firms – these firms are established with direct engagement of education institutions to support development and commercialization of invention of its internal stakeholders, this is students, school’s employees, and  alumni. For this type of firms in US you can take a look at UCLA VC Fund or Stanford Engineering Venture Fund. In Europe university sponsored venture capital firm has been launched e.g. by Technical University of Munich in Germany. If you would like to purse creation of such firm within your education institution, take a look at how it has been structured at Stanford.
Charity Venture Capital Firms – these type of firms also known as social venture capital firms, are a pretty new invention. They are incredibly interesting in form of their  business model. As an investor who would like to support ventures of such firm you can write-off your earnings for  tax optimization, and feel extremely proud for being entrepreneurship philanthropist. Why philanthropist? Because by investing through such a firm you cannot expect return on investments. They operate non-for profit organization (NGO). Still in some cases the tax you are due to tax offices will be lower. Phenomenon of charity venture capital firms has been recently described by Fortune. An example of such venture firm is Acumen.
I’d like to complement above with Private-Public Venture Capital Firms – which could be also called hybrid venture capital firms, as the capital they gather and invest comes from both public and private sector. In some cases to foster creation of national entrepreneurships ecosystems governments co-invest in private venture capital firms to increase their ration of new investments, and decrease the risk of losses in case of failed investments. This type of firms might be particularly interested for policy makers from emerging markets, who are interested in creation of new business investment instruments. You might be interested in programmes such as BRIdgeVC, if you run private venture capital firm and you are interested entering new, external market. An example of government initiative, which enabled creation of such firms is BRIdge VC run by National Centre of Research and Development in Poland. Thanks to the programme Israeli Venture Capital Firm Pitango created new venture capital firm in Poland together with a local player. Thanks to the initiative the biggest venture capital fund for high technologies in Poland had emerged.
So which type of VC is for you? 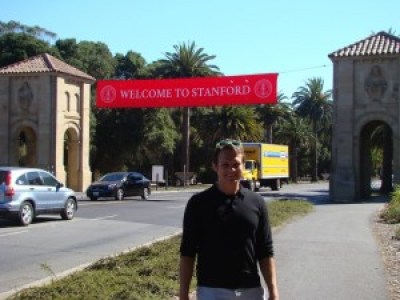 Who could guess that getting first EUR 25 000 for you start-up in Poland can be so easy ?

Should you wish to learn more visit AIP SGH dedicated website or reach out directly to us.